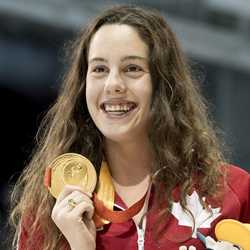 It had to be Aurélie Rivard.

Youthful exuberance, four medals in the pool, record breaking performances when the pressure was highest – thusly selected as Canada’s flag-bearer for the closing ceremony.

The similarities between the darling of the Canada’s Paralympic Team and Penny Oleksiak of the Canadian Olympic team are remarkable. These Rio Games definitely had a dominant theme. Our women are fast in the pool.

Of course there were many other great stories throughout Rio, names like Degrasse, Kish, Huot, and Stilwell have earned permanent residence in our memory bank. (Thankfully they also add to my list of stories to tell my 8 year-old at bedtime – he has an insatiable appetite for inspirational sport stories). 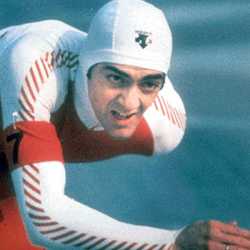 My first sport memory is the three medal (2 Gold & 1 Bronze) performance of Gaetan Boucher in Sarajevo. Boucher was dominant, Canada didn’t podium much – Brian Orser won the only other medal Canada would earn in 1984. But there had to be so many other incredible performances by great athletes and role models during those Games, of which I have no recollection.

We’ve been conditioned to focus on podiums. Get a medal, get recognition. Granted, recognition doesn’t always last forever and rarely leads to fame and fortune. In sport or in life. Similarly the best stories and role models don’t always    finish on the podium.

Truth be told, my most recent favorite Olympic stories did not result in a medal. In 2010 it was a fifth, 2012 was a DQ and 2016 it was a fourth placed finish I remember fondly and repeat often.
The stories of Melissa Hollingsworth, Jared Connaughton and Evan Dunfee respectfully.

If you don’t know their stories, you should. These people trained for years to have their shot at  a podium, and for various reasons – performance, lane violations and an appeal lost their medal. How they handled it was truly special. They owned it, accepted the reality with grace and made me proud as a Canadian.

In the case of Dunfee, during his grueling event – he helped a competitor who was struggling, was awarded bronze, lost it on appeal and refused to launch his own appeal despite being bumped by another runner because, in his words –  “I came to the decision I was so proud of my race and that I couldn’t honestly take away from him what he did.” 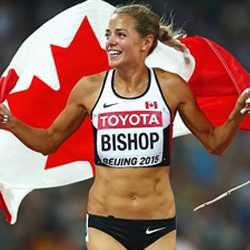 Another of my favourite Rio stories also came from the track, it’s the story of Melissa Bishop. A medal hopeful going in, she performed incredibly well in the final of the 800m. In the biggest moment of her athletic life to-date, Bishop ran a personal best and set a Canadian record. A performance to be incredibly proud of, even though it didn’t result in a podium. She finished fourth, in a controversial race, and was obviously disappointed – no excuses were made.

Nor should there have been. Why should any athlete make an excuse for having the best performance of their life? Shouldn’t it be celebrated and remembered?

I’m reminded of this every day. We are fortunate to have two Olympians on the TORQUE team. Neither were hired because they were an Olympian, but it certainly helped their case – despite not having an Olympic medal. They have incredible experiences and stories (not to mention work ethic!) that shape our team and make an impact on our clients.

We are all trying to achieve “Personal Bests”, and would be thrilled to have performed at our highest level possible when the pressure was on. The 2016 Olympic and Paralympic Games have wrapped, but the stories and achievements should live on. So if you’re looking for some inspiration for your office, your brand, your consumer or for bedtime stories… perhaps check out the following individuals who set Personal Bests in the last few weeks. Follow them, hire them, sponsor them – and support the system. It will pay dividends.

(Oh and we’ve included some medalists too.)